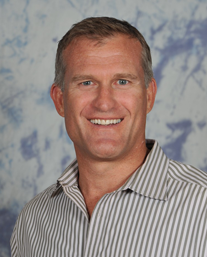 John joined with Phil Faubert to found Pacific Wealth Partners in 2006.  As a financial consultant, John is determined to collaborate as a trusted expert to help his clients create the lives they most want to lead. He does this by listening deeply to the needs, goals, and desires of his clients and working with them to craft and implement a financial vision. With more than 26 years experience in the financial industry, John has had the opportunity to work with many of his clients for decades and multiple generations, helping them plan for their futures, while enjoying everything life has to offer.

Before starting Pacific Wealth Partners, John worked at Diversified Securities, Inc. He graduated from the University of Colorado in 1988 and has been a licensed professional in the securities industry since 1990. In his spare time, he enjoys training in martial arts, skiing, and various other outdoor activities. John grew up in Colorado and currently resides in Costa Mesa, California, with his daughter, Devin. 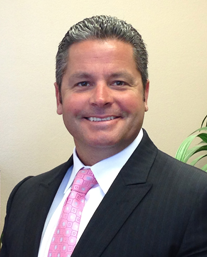 I was born in Southern California…Long Beach to be exact. I have lived in Huntington Beach my entire life and it would be difficult to consider any other place home. I went to Huntington Beach High and I attended Chapman University where I graduated with departmental honors with a degree in communications and a minor in finance. I entered this business with my dad Lou Faubert when I was 26. Prior to being an advisor, I was in the mortgage business. I found that business to be very short sighted and I didn’t feel there was any connection to the clients I worked with. It was very unfulfilling for me.

One night my dad and I were at dinner and were talking about how things were with each of us. We were both anxious…his “partner” decided, in really short order, to move out of state and I was not at all happy with my position as a loan officer and then the lightbulb turned on. He looked at me and without him saying a word, I said “Yup I will come aboard. How do I start?!” That was the beginning of the path I am still on today, and was the best decision I have ever made. Not only because I was stepping into a great field and promising career in financial planning, but because the next 15 years of my life would be some of the best. This is because of my dad. He had over 40 years in the business. He was a fantastic mentor from the standpoint of practice and learning the business, but it was so much more. He and I had an opportunity that most people don’t ever get. I had a chance to spend almost every day with my best friend and mentor doing what we both love…helping our friends and family succeed in their investment planning, and creating relationships that will last a lifetime.  From retirement planning to college planning to trying to figure out the best way to save for their first homes…we helped in any way we could. He and I traveled quite a bit together during those years as well. From Fiji to Canada and almost everywhere in between sharing our other passion...fishing.  We loved to fish together because it gave us time to just talk and laugh about family, experiences, the past and the future. It was a really magical time. I could not be more thankful for those years. We lost Dad in June of 2012, but he will NEVER be forgotten.

Danielle and I got married and in 2002 our daughter Delaney was born.  Another pivotal and fantastic moment in my and Danielle’s world. She came into the world with a collapsed lung and was rushed to NICU for the first 3 days of her life. I can’t forget the first time I was able to hold her in my arms. Who would have thought that little bundle of joy would grow up to be such a strong, beautiful and funny young lady!

Delaney is off to Boise State in the fall of 2021!  We are so proud of her!  She worked really hard to give herself options and settled on Boise.  Close enough yet far enough from home.  We will all have to get used to the change, but I am so very happy for her and we know it is going to be the time of her life.  Time really does fly!

As I mentioned I love to fish and I even build fishing rods for myself and close friends. I am happy to say that on one of my last trips I was able to land a 220lb yellowfin tuna on a rod that I built with my own hands…that was a great feeling.  I also love to play the ukulele…I have 5 of them…don’t ask.

Now with nearly 24 years in the financial planning and investment business, I am better than half way to catching Lou.  They are some pretty big shoes to fill, but I think he would say I am on the right track. 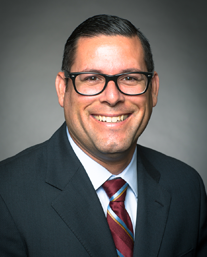 David is a Southern California native and currently lives in Costa Mesa with his beautiful wife, Jodi, and adorable son, Justin. David is a family man first. When asked, he will tell you that family time is the happiest time in his life. Above all else, David works hard to be a supportive and loving husband and father and a positive role model for his son.

David is a veteran of the U.S. Navy and served aboard the U.S.S. Kitty Hawk as an aviation ordnanceman (AO). During his time in the Navy, David received many accolades for his leadership and operational management skills.

As treasurer and board member of the Roosters Foundation, a charitable organization that raises funds for at risk and disadvantaged children in Southern California, David is able to give back to his community, David believes that with a helping hand or a second chance, anyone can get have the opportunity to become their greatest self, and he believes it’s our community responsibility to do just that.

David was a part of Pacific Wealth Partners when the firm was established in 2006. He played an integral role during the client transition process. After the transition was complete, his responsibilities and focus evolved into a more supportive role. David worked closely with John and Phil and their clients for more than six years before leaving the firm to grow professionally. David always knew he would someday come back to Pacific Wealth Partners as a partner. 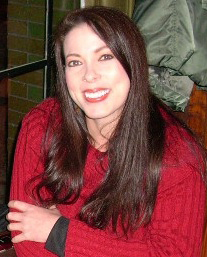